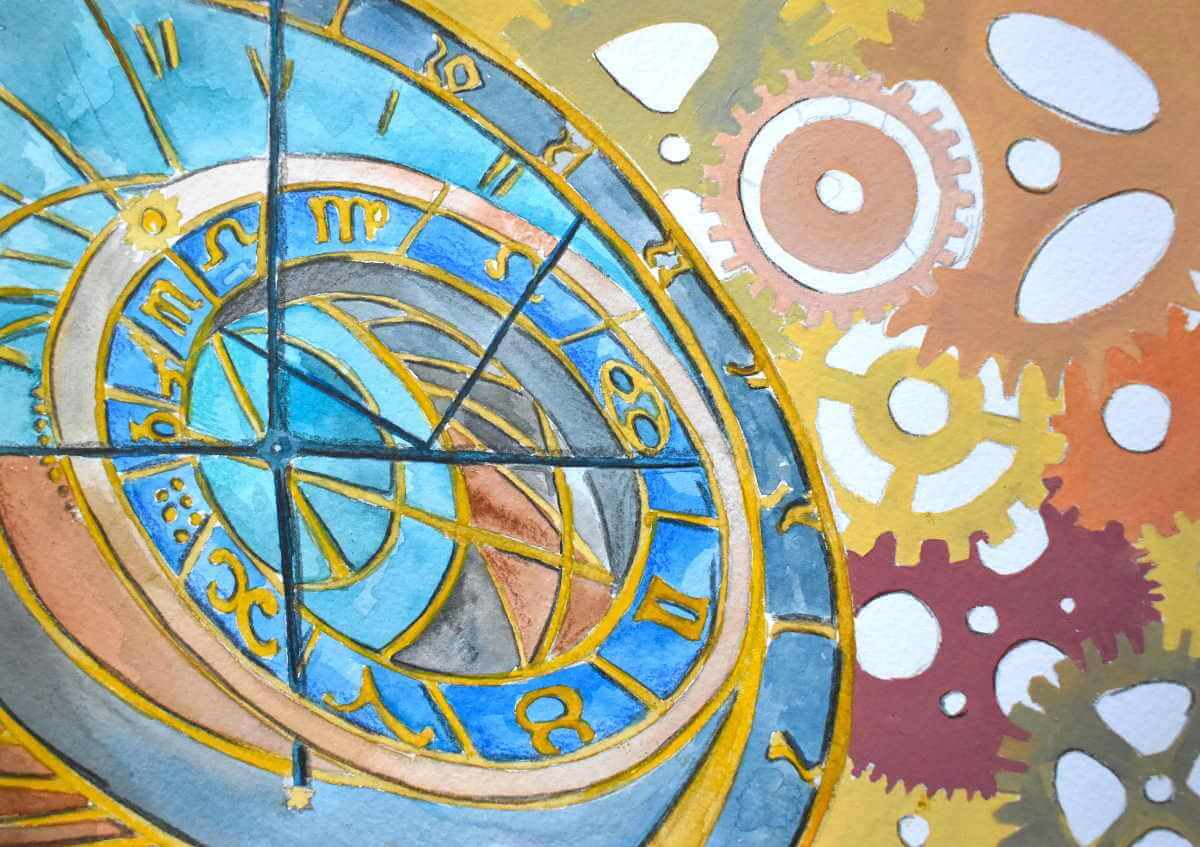 H.G. Wells’s book ‘The Time Machine’ cracks open several human social traditions offering among other things, a reasonable perspective on what ruins await humanity if it fails to dissever the practice of social classing.

A total peek into the windows of the future, Wells’ masterpiece shows us how even the most superior of technological advancements cannot alter the perilous fate of humanity.

While the timelines of history purport man as an unchanging being that would go on to last forever in its present form, H. G. Wells Time Machine springs out a rather severe and opposing perspective that bears a striking resemblance with that of the sciences.

In the book, we see in the year 802, 701 AD that man’s evolution through time is drastic and rapid, the result of which the time traveler himself finds hard to piece between the two worlds’ species. History is snubbed while Charles Darwin’s concept is embraced but not without a strange twist of things. In the future, it turns out that our present-day man would evolve into two different species in the form of Morlocks and Eloi.

With respect to all the hard work put in by man in terms of innovation and technological progress to make living better and enjoyable, the resultant futuristic outcome for man is tipped, in the book, to amount to non-existence: a state of nothingness.

We see, in chapter eleven, how the time traveler stumbles further into a bleak date in the future where he finds himself by the beach with no signs of human life – except for a scanty sighting of washed-off algae and giant crustaceans. He notices the sun has lost its shine – and the moon its shimmers. In all, Wells brings us to the reality that, despite man having to establish himself as the master of the universe and all creation, he lacks the power to control his own fate or tip the scale of immortality to his favor.

By Wells’s masterpiece, the reader sees a clear construction of anti-capitalism theory. Carl Marx’s Capitalism is touted, in the book, as playing a role of an indiscernible time bomb which – if not checked– will eventually explode and self-destruct humanity. This picture is billboarded in the reality of the cagey, and very well risky, coexistence between the two social classes – Morlocks and Eloi.

Comparative to the present world capitalism, the former suits comfortably well as the working class; a poor, over-laboring, and marginalized group that does all the work for the latter, Eloi, a group for the affluent in the society. H. G. Wells points out how the ancestors of the upper class, or Eloi, may have pushed that of the working class, or Morlocks, and this happening over time ensures that they are forced underground and into a lifestyle of the nocturnal.

Assured by their advanced civilization, the upper class occupies the overworld basking in the abundance of social amenities, unaware they are getting lazy, weak, and dependent on the Morlocks. The Morlocks, on the other hand, who stay up all night underground running the factories and industries start to gain power and momentum to the point that they now covertly eating the Eloi. Even though the story is an abstract mirroring of Marx’s industrial Capitalism, Wells no doubt seized the opportunity to warn Victorian England to tread with caution in the practice of divided social classes.

Replete with scientific concepts and mathematical theories, H. G. Wells Time Machine gives the reader a sense of a continued ardency in pursuance of creativity, inventions, and intelligence.

However, Wells opts to point out a gradual decline in the investment in technology and progress by man, and this is seen in the way that the Eloi stopped working on further advancement and instead decided to relax on the technological Utopia they’ve created for themselves. To this effect, they’ve become lazy, unproductive, and dependent. Wells announces that the Eloi loses momentum to the Morlocks the moment they started this practice and it went on and undid them.

The time traveler’s journey through time shows how, at every stage, humanity manages to shed off fundamental aspects of living for which it is known, but affection and generosity appear to be perhaps the most enduring traits Wells tips to remain with man for many years to come. Weena, one of the Eloi, is an exemplification of how humans remain affectionate through time. She is full of love, tenderness, and care, and she expresses it in a plethora of ways to the time traveler who even brought home a souvenir – courtesy of Weena – as proof to the guys.

A Depiction Of Social Class And Inequality

Far from aiming at a mere appeal to literature, Wells’ structuring of the story in ‘The Time Machine‘ is reflective of the times that he lived, a time of great anxiety fueled by the practice of social classing and socioeconomic Inequality. Although the setting may have been shifted into the future several hundred thousand years later, it was still w rallying cry calling for swift action from his contemporaries and the Victorian authorities of his present generation.

Analysis of Key Moments in The Time Machine

Style, Tone, And Figurative Language Of The Time Machine

There’s a general sense of a shared narrative responsibility in Wells Time Machine, and we see that being manifested in the events throughout the story. Well tells his story using two narrators – First, Hillyer, and then the time traveler.

Hillyer is used through chapters one and two, effectively, to introduce the guests as well as to usher in the time traveler who does the main story – from chapter three to twelve – making way for Hillyer again to tell the epilogue. Well deploys this technique to break down the complexity of the story so readers can understand better.

With regards to tone, Wells opts for a direct and earnest pattern. The time traveler’s rendition of his story is completely above-board, and this is mostly because he yearns for his story to be believed by his guests. Notably, too, the tone is disburdened with emotions and we could see that play out at the event of Weena’s death.

Wells’s use of figurative language is impressive and replete throughout the story. For one, the story employs personification as early as possible as seen on p.9:

There was a breath of wind, and the lamp flame jumped…

Here and there, there’s also a cheek use of metaphor, and one that especially catches the eyes is seen on p.36:

The whole earth had become a garden.

Driven to give a detailed sense of ominous sound in a suspense-filled scene, Wells brings in onomatopoeia into play at p.18:

A pitiless hail was hissing round me…

The book is tailored on the narration of two persons – Hillyer and the time traveler but ultimately has a first-person narrative technique.

Analysis of Symbols in The Time Machine

There is a strong sense of hope brought in by the time machine. Apart from the contraption enabling its rider to transcend through time, we see scenarios where, when it feels like the time traveler is endangered and being cornered, the machine dives right into the rescue.

These plants bear a unique symbol of peace and of expression of love. The Eloi are peace-loving creatures and attest to that by their gifts of flowers. For Weena, she uses them to express her appreciation and love for the time traveler.

This object bearing a human head and the body of a lion can be seen as a symbol for a superior being, a God who sets the limitation for man. He appears to be warning the time traveler of the rangers of breaking his cosmic boundaries.

Well elects to feature the Morlocks and Eloi as the advanced physical and biological destination of man. While they serve as the major creatures that dominate Wells’s story, the Morlocks symbolize the poor working class and the dregs who do all labor for the Eloi, the rich but lazy and indolent upper class.

How does the time machine work in HG Wells’s book?

H.G. Wells’ time machine has two levers and a seat to be sat upon. According to the description we get from the narrator who’s also the time traveler, one lever propels one into the future while the other into the past.

What is H.G. Wells’ time machine made of?

The time machine in H. G. Wells’ book is described as being made of glittering metallic frames, perhaps comparable to that of bronze and brass.

What are the two main stories of ‘The Time Machine?’

There are at least two story threads buried in the book by H.G. Wells. The adventure of the Eloi and Morlocks is one of them, while the voyage of the time traveler’s machine through time is another.

Why are the Eloi Afraid of the Dark?

From the book, the closest reason why the Eloi are scared of the dark could be because they disappear and never come back or be seen again. The reason for their disappearance is perhaps because they are being eaten by the Morlocks who are masters of the dark corners and alleys.

Why is Wells’ ‘The Time Machine‘ Very Critical of Marx’s Capitalism?

Wells lived during the Victorian era in England, a society that practiced a class system. However, coming from a poor background and being part of the lower class, Wells saw firsthand the impact of such social diversity that he predicted the likely outcome many years to come if something is not done fast.