‘The Brothers Karamazov’ is a collection of different books, all of which are connected to the central theme of faith, free will, and religion. 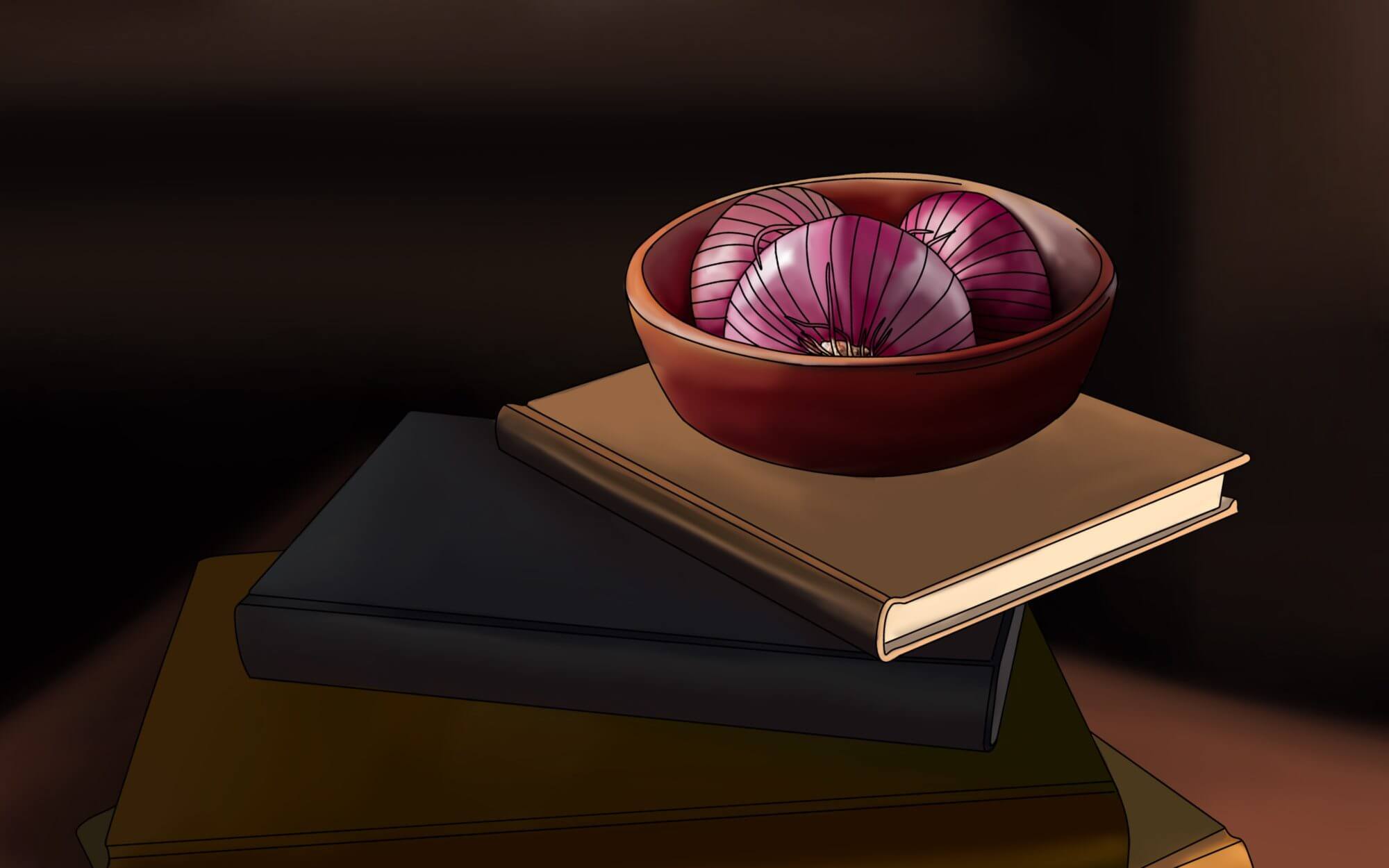 The story revolves around the family of Fyodor Pavlovich Karamazov and his sons. This summary is divided into eleven segments, representing the eleven books in this volume.

Dostoevsky emphasized the major theme of his work in his letters and public comments, as he did here: humanity’s “universal unity” and the vital role of Russian art, literature, and religion in championing this ideal to Europe and the rest of the world. Many people read ‘The Brothers Karamazov‘ and see the novel’s main themes in the chapter titled “The Grand Inquisitor.” Still, the testament of Alyosha’s mentor Father Zossima, which Dostoevsky intended as a response to the Grand Inquisitor’s attack on Christian ideals, is less well known and less often read and understood. Father Zossima’s life story, on the other hand, provides the novel’s key and is the clearest declaration of the author’s spiritual values and artistic goals.

Book One: A Nice Little Family

The novel begins by painting a picture of the Fyodor Pavlovich Karamazov family. Fyodor’s dysfunctional family consists of three sons, namely — Dmitri (the hedonist), Ivan (the atheist), and Alyosha (the religious child). Fyodor Pavlovich also has an illegitimate son called Pavel, who isn’t very bright and is employed as a servant in the family house. In this book section, Fyodor Pavlovich is portrayed as a bad father who was less concerned about raising his kids properly and more concerned with partying and indulging in his whims. This leads to his three sons leading very different lives, and this difference causes a lot of friction in the family.

Fyodor’s first son, Dmitri, is in the midst of a dispute with his father. Dmitri is much like his father regarding how he perceives the world. He is a hedonist and believes life is all about enjoying himself. Dmitri sought to take his share of the Karamazov family inheritance to enable him to marry his heart, rob. Book Two opens with Dmitri and his father bringing the dispute to Elder Zosima at a monastery. Elder Zosima also happens to be Aloysha’s mentor and spiritual guardian. The idea of bringing the dispute to Elder Zosima was not an accident. It was suggested by Fyodor Pavlovich, as a joke, to make a mockery of the disagreement. Fyodor doesn’t care much for religion or the sanctity of Christianity, and Dostoevsky explores this propensity quite a bit in this book section.

At the heart of the dispute between Fyodor and Dmitri is the love triangle between the father, son, and a certain lady Grushenka. Grushenka is the center of attention between both men as they try to win her over. Dmitri finds that Grushenka visits the father after he hid nearby to see if she would arrive at the father’s house. Distraught, angry, and bitter, Dmitri bursts into Fyodor’s house and threatens to kill him as he assaults the father. Dmitri’s personality is explored in-depth in a long conversation with Aloysha.

As part of the many subplots in this volume, Book Four looks into the bullying of a troubled child, Ilyusha. Illyusha is being thrown stones by his peers, and Aloysha, on witnessing this, admonishes the kids. What happens shocks Aloysha as Illyusha bites his finger and runs away. Illyusha’s father, Snegiryov, was assaulted by Dmitri and dragged out of a bar by the beard. It was a thoroughly humiliating experience. Snegiryov and his family, it is learned, we’re going through tough times and economic hardships. Moved to compassion, Aloysha decides to denote some money to the family, but Snegiryov rejects the money by throwing it on the ground and stomping it into the mud.

This book looks into the rationalist and nihilist ideologies replete in Russia at the time, as well as the West. Ivan — an intellectual and an atheist — proclaims that there is no God because of the presence of pain and suffering. This statement is said to his brother, Aloysha, a Christian. A discussion ensues between the two about religion. In this discussion, Ivan narrates an imagined scenario in which Jesus meets the leader of the Spanish Inquisition. This imagined scenario is a chapter titled ‘The Grand Inquisition’. In this imagined poem, Ivan narrates what likely happen in his hypothetical meeting. In it, Jesus confronts the leader of the Spanish Inquisition, admonishing him for using force and coercion to convert people to Christianity.

The leader of the Spanish Inquisition, in turn, admonishes Jesus for burdening mankind with free will and asserts that good must be enforced utilizing violence and coercion. The idealism of Jesus doesn’t apply to the real world. The Spanish Inquisitor proceeds to do something bizarre — putting Jesus in jail. More discussions follow, and Jesus kisses the Inquisitor on his lips. Moved, the Inquisitor releases Jesus and tells him never to come back. This story juxtaposes reason and faith. At the end of the debate, Aloysha kisses Ivan on the lips, and they end the debate in high spirits and camaraderie.

Elder Zosima nears the end of his life in his monastic cell. Here, he reflects on his life. He also reflects on his rebellious youth when he committed an unforgivable sin towards his servant, causing him to become a monk-like penance for his troubled past. Zosima encourages people to forgive others by acknowledging their sins and shortcomings.

The psychology of Dmitri is explored in great depth here. Dmitri is trying to make money, so he will run away with his lover Grushenka. He owes his fiancee money and decides to find a way to make money by hook or by crook. All the while, Dmitri fears Grushenka will leave him for his wealthier father. Upon discovery that Grushenka lied to him to be with his father, Dmitri angrily goes to his father’s house with a pestle in hand. It is later discovered that Fyodor Pavlovich Karamazov is killed, and Dmitri was arrested for his murder.

Dmitri is the prime suspect in the murder of his father. The police present this evidence by showing that Fyodor’s bag of money disappeared at the same time Dmitri had three thousand rubles on him. Dmitri explains that the money in him was given to him by his fiancee, Katerina Ivanovna. The police do not buy his explanation, as they have already established a motive. He is formally charged with murder and awaits his trial.

Dostoevsky attempts to satirize Western ideologies here by placing the arguments for atheism and socialism in the mouth of a young boy, Kolya Krasotkin. Kolya meets Aloysha, and he begins to reevaluate his nihilist beliefs. Ilyusha’s illness begins to degenerate. The young boys have stopped bullying him, but ilyusha still has some healing to do.

Ivan the intellectual and atheist slowly descends into madness. Ivan meets three times with Pavel Smerdyakov, to learn more about the murder of their father, Fyodor Pavlovich. Smerdyakov confesses to Ivan that he had killed him and shows Ivan the three thousand rubles he had stolen from him. Ivan is shocked, but this confounds Smerdyakov. He reminds Ivan that he was the one who taught him that in the absence of a God, everything is permissible. This revelation that Ivan has unwittingly had a hand in the murder of his father, breaks his spirit. He begins to hallucinate and incoherently talk to himself. Aloysha meets Ivan in this state and is shocked.

This book chronicles the trial of Dmitri Karamazov. In the middle of the trial, Ivan rushes in and tries to implicate Smerdyakov in the murder of Fyodor Pavlovich but his incomprehensible ramblings render his claims moot. Moved to compassion, Katerina, who was loyal to Dmitri betrays him and presents a letter written by a drink Dmitri, promising to kill his father. The chapter ends with Dmitri being found guilty of Murder.

Katerina Ivanovna crafts a plan to escape twenty years of hard labor in Siberia. Dmitri plans to run away to America with Grushenka. Even though Katerina and Dmitri have fallen in love with different people, they pledge their undying love to each other forever. Dmitri apologized for how he treated Katerina, and Katerina also apologized for the damning letter she brought forward during the trial. Aloysha attends the funeral of Ilyusha, and the boys who bullied him are in attendance. Aloysha delivers an impassioned speech, and the boys promise to keep Ilyusha in their hearts forever.

Is ‘The Brothers Karamazov‘ based on a true story?

‘The Brothers Karamazov‘ is a fictional work. However, the work was affected by Dostoevsky’s real-life events, such as the death of Dostoyevsky’s beloved son Alyosha at the age of three from epilepsy (a disease Alyosha had inherited from Dostoyevsky) and Dostoevsky’s erroneous conviction. It is also set in Staraya Russa, the town where Dostoevsky wrote the novel.

What does ‘The Brothers Karamazov‘ teach us about the problem of evil?

‘The Brothers Karamazov‘ teaches that evil begins in men’s hearts (as shown in the symbolism of Ivan hallucinating the devil after realizing the ineptitude of his isolationist moral philosophy). Men are capable of acts of extreme beauty and brutality; each character embodies this duality. People can choose to focus on beauty through active love at any time, and thus redemption is always possible.

Who are the Brothers Karamazov?

Dmitri Fyodorovitch Karamazov, the eldest brother, is a hedonist and the son of Fyodor Karamazov’s first wife, Adelaida. The scholarly Ivan Fyodorovitch Karamazov comes next, followed by the devout Alexei (also known as Alyosha) Fyodorovitch Karamazov. Fyodor’s second wife, Sofia, has two boys, Ivan and Alyosha. However, there is a fourth son: Pavel Fyodorovitch Smerdyakov, who was given Fyodor’s patronymic and is commonly considered to be Fyodor’s son via Fyodor’s rape of a mentally ill lady named Lizaveta, despite never being given the Karamazov name and being raised by a servant.

What can be learned from ‘The Brothers Karamazov?’

During Ilyusha’s funeral in the story’s last pages, Alyosha expresses the novel’s ultimately existentialist theme. He encourages the youngsters, who are all grieving the loss of a child who should not have died, to recall the wonderful and loving moments in their lives. It is the recollection of these moments, as well as the fact that they occurred, that can save someone from harm and provide solace in the face of pain.

Charles is an experienced content creator, writer, and literary critic. He has written professionally for multiple reputable media organizations. He loves reading Western classics and reviewing them.