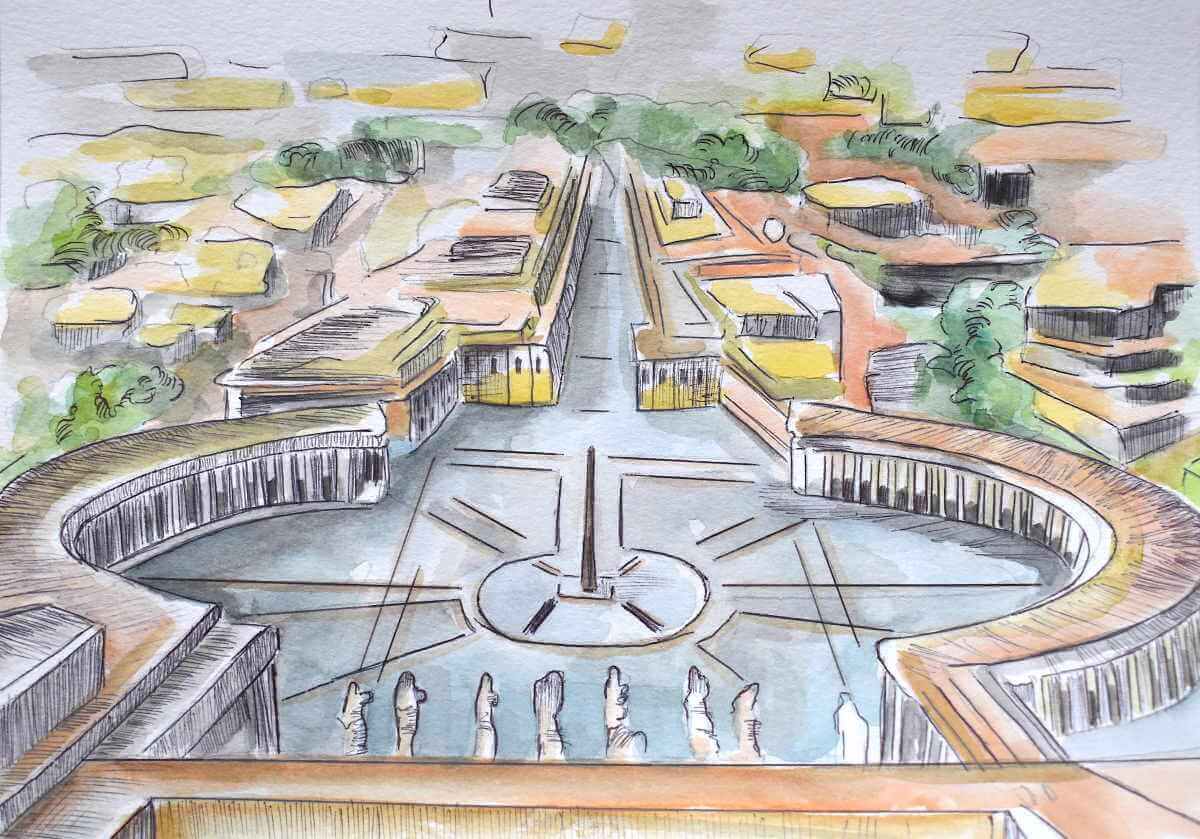 These quotes are of varied kinds and lengths and reflect the shifting temperament the author goes through. There are brief attacks that flat out accuse and condemn and there are lengthier polemics that more systematically expose historical falsehoods or insincere motivations behind seemingly noble sentiments.

Jesus As the Only Christian

In truth, there was only one Christian, and he died on the cross.

This quote is key to understanding what Nietzsche thinks of Jesus Christ. Although he criticizes and condemns Christianity as a decadent religion, he insulates Jesus Christ himself from this criticism. Nietzsche saw Jesus as an uncomplicated, unresentful symbolist who advocated a radical outlook towards life that saw everyone as equals. Jesus advocated for an “accepting” state of being that was free of resentment.

This was the original “glad tidings” or gospel that was subverted by his disciples into being a message of ressentiment and vengeance against the dominant class. By doing this, the Apostles create a religion that goes against Jesus’ original intention. So consequently, Jesus was the only real Christian, with all that came after him being the philosophy and creation of the apostles.

The “evangel” died on the cross. What has been called “evangel” from that moment was actually the opposite of that which he had lived: “ill tidings,” a dysangel

In “The Antichrist“, Nietzsche attempted a reconstruction of the history of both the old and New Testament. He isolates aspects of Jesus’ character and disposition that confirm the image of the meek, Galilean preacher and calls this the authentic representation of Jesus Christ. The aspect that reflects a more militant, anti-establishment, and hostile stance against religious Jewish authority he considers the fabrications of the apostles who did so because of their hatred and desire for revenge against the Jewish establishment.

For Nietzsche, Jesus meant his death on the cross to be the ultimate practical representation of his gospel of a real, present Kingdom of God that represented an accepting and pure state of mind. But the Apostles took the wrong or rather opposite message and rather than signifying acceptance, Jesus’s death came to stand for a sacrifice offered as a means to salvation against sin, and his eventual resurrection and entrenchment of the Kingdom of God that will punish the dominant class. Revenge and resentment came to replace acceptance.

He (Jesus) died for his guilt. All evidence is lacking, however often it has been claimed, that he died for the guilt of others.

For Nietzsche, Christ was crucified because his core message attacked strong Jewish sensibilities by seeking to repudiate hierarchy, caste, the idea of a “chosen people”, of the exclusiveness of the priestly class. Jesus died for this “sin”, not for, as his Apostles have claimed, the sins of mankind. Jesus was no hero; he simply gave in to death on the cross because he could do nothing else by his very nature.

His childlike, unambitious, and pure state of mind could not allow him to resist either physically or mentally. Casting his death as the ultimate sacrifice for humanity was outright falsehood according to Nietzsche.

A Christianity of Convenience

Where has the last feeling of decency and self-respect gone when even our statesmen, … anti-Christians through and through in their deeds, still call themselves Christians today and attend communion?

Here Nietzsche attacks the Christian doctrine of justification by faith because it allows worldly and immoral people to call themselves Christians when they participate in or perform certain Christian rituals or obligations like going to church or performing charitable works. For Nietzsche, the doctrine of Justification by faith is a copout for those who are incapable of living as Christ did.  Christianity as envisioned by Paul has allowed the immoral to continue in their sin.

A pillar of Nietzsche’s attack on Christianity is his attacks on the Christian concept of faith in God as being evidence for the fact or truth of his existence. Nietzsche contends that a strong conviction in something does not make that thing true.

He goes further to show that convictions can and do regularly arise from lies. Because of his unwillingness to face the truth, or his refusal to see what is obvious because it is inconvenient to him, an individual can hold on to a lie and wish it to be true. This wish crystalizes into a strong conviction which is then passed on to others. So how can the mere fact that one is strongly convinced of the truth of something make that thing true?

Freedom from all kinds of convictions, to be able to see freely, is part of strength. … Conviction as a means. … Great passion uses and uses up convictions; it does not succumb to them—it knows itself sovereign. Conversely: the need for faith, for some kind of unconditional Yes and No, this Carlylism, if one will forgive me this word, is a need born of weakness

Nietzsche sees intellectual honesty as the mark of the strong. The strong are free from all kinds of convictions in the sense that they are not slaves to their positions and opinions. In the presence of superior evidence, they can abandon these positions. But the weak do not have it in them to abandon a position even in the face of overwhelming evidence because they need their convictions to be true to be able to survive.

They cannot manage the harshness of reality, so they hold tight to the lies and then convince themselves that they are not lies at all. Their entire outlook and philosophy towards life, the conception of their purpose, and importance are tied to these lies. Allowing the truth to shine through will shatter these philosophies, outlooks, and sense of purpose. And they do not want that.

At every step, one has to wrestle for truth; one has had to surrender for it almost everything to which the heart, to which our love, our trust in life cling otherwise. That requires greatness of soul: the service of truth is the hardest. What does it mean after all to have integrity in matters of the spirit? That one is severe against one’s heart, that one despises “beautiful sentiments,” that one makes of every Yes and No a matter of conscience! Faith makes blessed: consequently, it lies.

The search for and allegiance to the truth is a tough ask, Nietzsche admits. That is why it takes greatness of soul to partake in this noble task.

The truth is not always desirable or convenient to us. Sometimes for us to be better in life, to increase our chances of survival and in attaining pleasure, to make this life palatable for us, we need to close our eyes to the truth. But the strong man disregards his convenience for the truth. Faith lies because it panders to our desires rather than reality.

the “will of God” (that is to say the conditions for preserving the power of the priest) has to be known-to this end a “revelation” is required. In plain words a great literary forgery becomes necessary, a “sacred book” is discovered-it is made public with all hieratic pomp.

The theme of falsification of history is heavy in “the Antichrist,” and here Nietzsche uncovers a self-serving plot hatched by the Jewish priestly class in their sudden discovery of the “scriptures”. For Nietzsche, the priests falsified part of the scriptures to legitimize their hold over the Jews. Claiming divine instruction, they crafted laws and skillfully reworked history in such a way that their place at the top is secure. They are God’s chosen people, through whom his will was to be known. They were important, to be revered and listened to, to be obeyed, because doing so is tantamount to obeying God.

‘the Christian church . . . has turned every value into an un-value, with its subterranean conspiracy . . . against health, beauty, whatever has turned out well, courage, spirit, graciousness of the soul, against life itself

One of Nietzsche’s major aims in “the Antichrist” is to try and check the corruptive influence of Christianity’s decadent attack on the strong and noble. Nietzsche sees Christian morals as arising out of the resentment and desire for revenge of the lower class.

This group now sought revenge by turning the advantage of the strong into sin, to weaken them. Strong, life-affirming values of the noble are designated as evil. The weak do not have access to these advantages and therefore seek to deny them to the strong who can access them. In creating a religion that makes a sin out of these instincts, Christians carry out their revenge against the strong.

Yes. Nietzsche advocated for the deliberate process of building a race that was more intelligent, free-thinking, creative, and less resentful than the people around him. However, he proposed no practical theories for implementing this.

Was Nietzsche a drunk and did he take drugs?

No, Nietzsche did not take alcohol. However, due to his recurring migraine that afflicted him throughout most of his adult life, he took drugs all the time. These were mainly painkillers he took to alleviate the pain from his headaches as well as sedatives he usually took to give himself some few hours of sleep.

Does Nietzsche really have Polish ancestry as he claimed?

Although Nietzsche was born in Rocken within Prussia, he took great pains to announce his Polish ancestry at the expense of a German one. However extensive research by heraldry experts as well as Max Oelher, Nietzsche’s close cousin and curator of the Nietzsche archive, revealed that over 200 of Nietzsche’s ancestors, related by both blood and marriage, were Germans. This puts to bed once and for all the question of Nietzsche’s ancestry.

Why did Nietzsche claim to be Polish?

Nietzsche claimed to be Polish rather than German because he felt that the Poles were more honorable than the Germans. He despised the German militaristic tradition, its extreme nationalism, and Semitism. By declaring for the Poles, he might be creating a boundary between himself and Germany.